We are a production company that with an American and Italian team produces films in English to be shot mainly in Italy. We are a perfect mix. We also manage exclusive locations that we rent as set locations for films and tv series. 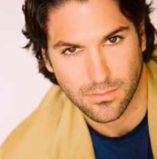 Mario Rivelli is a University of Southern California alumni from Naples, Italy who has produced two
feature films: Mont Reve (2011) and The Grotto (2013) as well as other short films. Mario’s objective
after living in various parts
of the world is to contribute export an image of Italy’s artistic heritage,
landscape and culture with the support of a team from Los Angeles to sponsor Italy’s image all over the world. 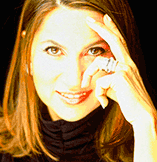 Randa Ghattas is born in Beirut, she lived in Paris and pursued her studies in Business Management at Webster University in Switzerland. She was an executive producer, cast and location manager for the film Sky 2000 Tv series Ad Est di dove on Latvia. She was an assistant manager and associate for the italian-american feature films Mont Rêve and The Grotto.
In 2018 she founded with Mario Rivelli the production company MR8 Productions Srls. She is writing the script of “The Lebanese Tycoon” inspired from her french book “Le Destin Volé”.
After her Master Degree in Cinema and Television at Suor Orsola Benincasa University in Naples, she was an executive producer for her first short film “Il Nostro Mare” written and directed by her, lately in 2019 she wrote and directed the short film Hug me Dad, produced by MR8 Productions. 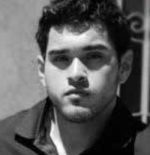 Born and Raised in Los Angeles, Mario Reyes has always know his true calling. Firmly believing in the phrase “Great Producers are made, they are not born”, Reyes launched a successful film production company , Anchorbolt Studios. which garnered the attention of “ABC Studios- A Walt Disney Company“, and went on to produce numerous projects. Reyes was responsible for overseeing all aspects of the production, such as scheduling, budgeting, and casting, among various other essential roles. In 2011 Mario Rivelli and Mario Reyes collaborated to create their first feature film titled “Mont Reve”, which opened the door for their second film title, “The Grotto.”
Anchorbolt Studios closed its doors in 2016 due to the unfortunate death of one it’s founders. Reyes currently has multiples projects in different stages of development.

This website uses cookies to improve your experience while you navigate through the website. Out of these cookies, the cookies that are categorized as necessary are stored on your browser as they are essential for the working of basic functionalities of the website. We also use third-party cookies that help us analyze and understand how you use this website. These cookies will be stored in your browser only with your consent. You also have the option to opt-out of these cookies. But opting out of some of these cookies may have an effect on your browsing experience.
Necessary Always Enabled
Necessary cookies are absolutely essential for the website to function properly. This category only includes cookies that ensures basic functionalities and security features of the website. These cookies do not store any personal information.
Non-necessary
Any cookies that may not be particularly necessary for the website to function and is used specifically to collect user personal data via analytics, ads, other embedded contents are termed as non-necessary cookies. It is mandatory to procure user consent prior to running these cookies on your website.
SAVE & ACCEPT